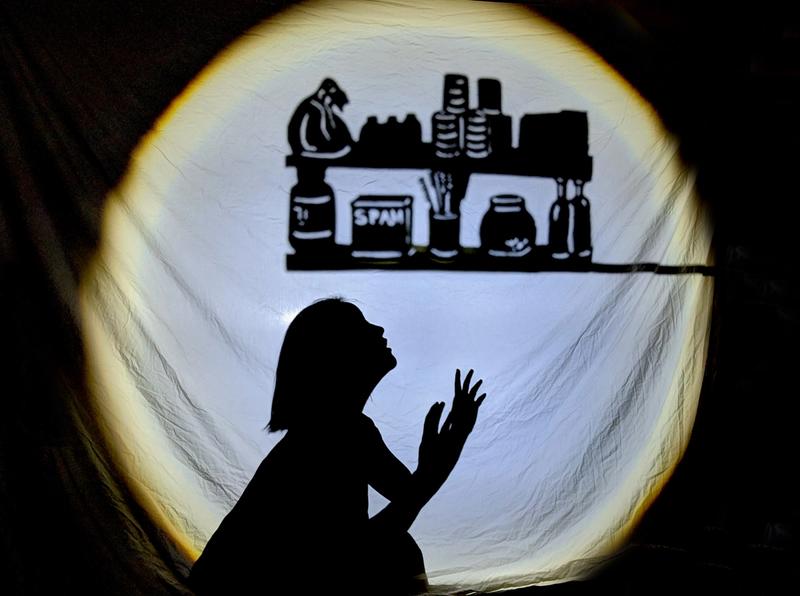 Ping Chong and Company and Free Rein Projects are co-producing a BRIClab technical residency of Specially Processed American Me, a new play by former Creative Fellow Jaime Sunwoo that uses SPAM, the canned meat, as a portal into her Asian American upbringing and her family's experiences of the Korean War. It investigates SPAM's legacy in the military, its significance in the Asia-Pacific, and its influence on Asian cuisine through music, shadowplay, and cooking. Oscillating wildly between absurd humor and sober tragedy, Specially Processed American Me is a thought-provoking exploration of one of America's most misunderstood foods.

This two week BRIClab residency will culminate with a work-in-progress presentation on October 7th and 8th at 7pm.

Read more about the project and presentation here.

In addition to performances, Specially Processed American Me holds food history and storytelling workshops. On Saturday, October 9th from 3-4pm, Jaime Sunwoo and Ping Chong will be at hosting a casual community conversation about food and storytelling at FABnyc's Open Arts Outside on Avenue B between 8th and 9th Streets. Stop by to share your story and to participate in performances and workshops with other Lower East Side artists.